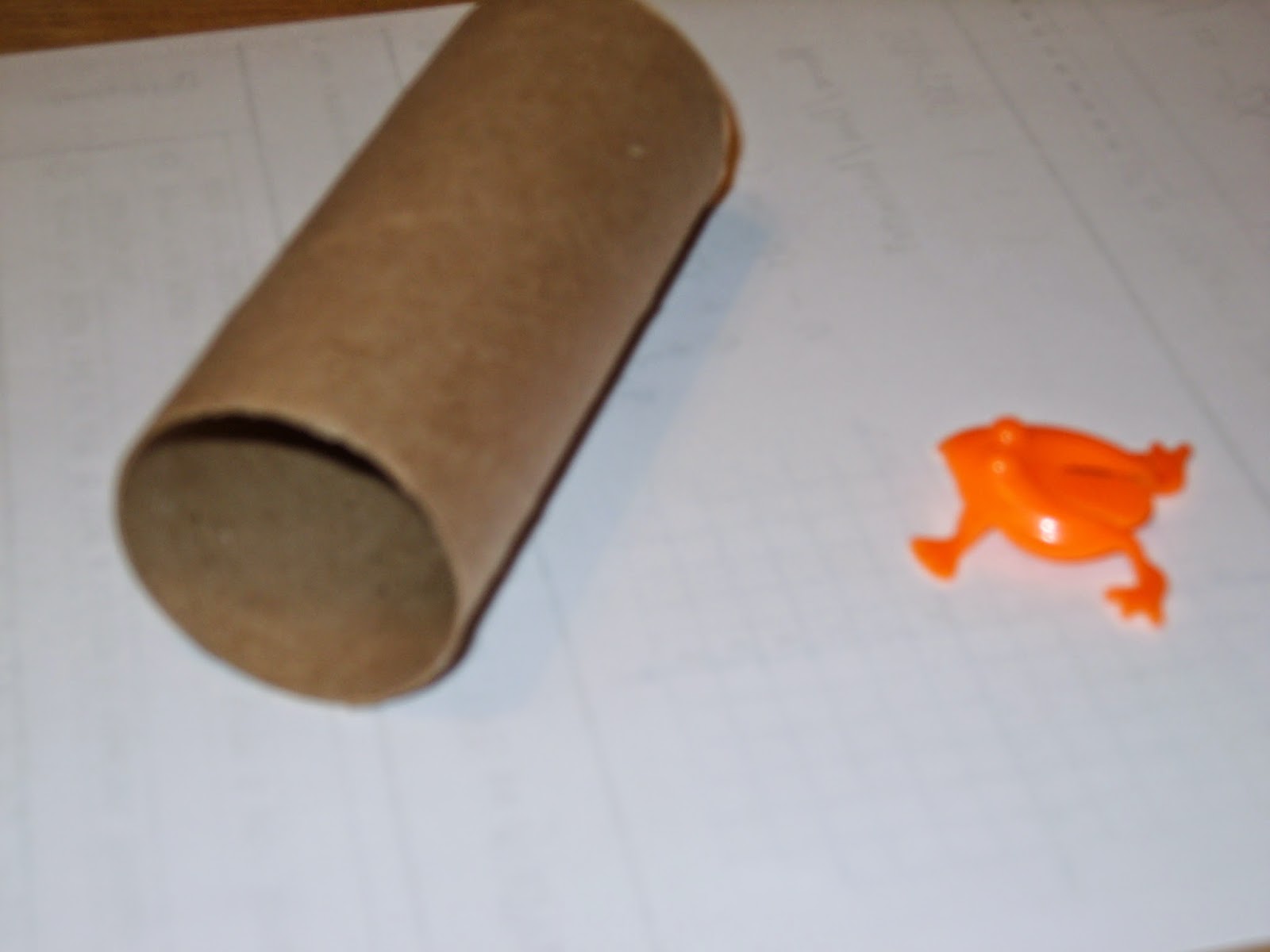 Yep!  Tonight was one of those nights when I really needed to be pulling together my unit 1 plan for my algebra class, I found myself completely distracted.  I blame the orange flippy frog that was staring me at me on my desk and the empty toilet paper tube sitting next to it.  It was not my lack of self discipline! :)

Anyway, I started playing with the flippy frog instead of working diligently.  I then started wondering if the frog could make it over the toilet paper tube.  I thought it was a solid experiment and worthy of exploring.  So, I did. 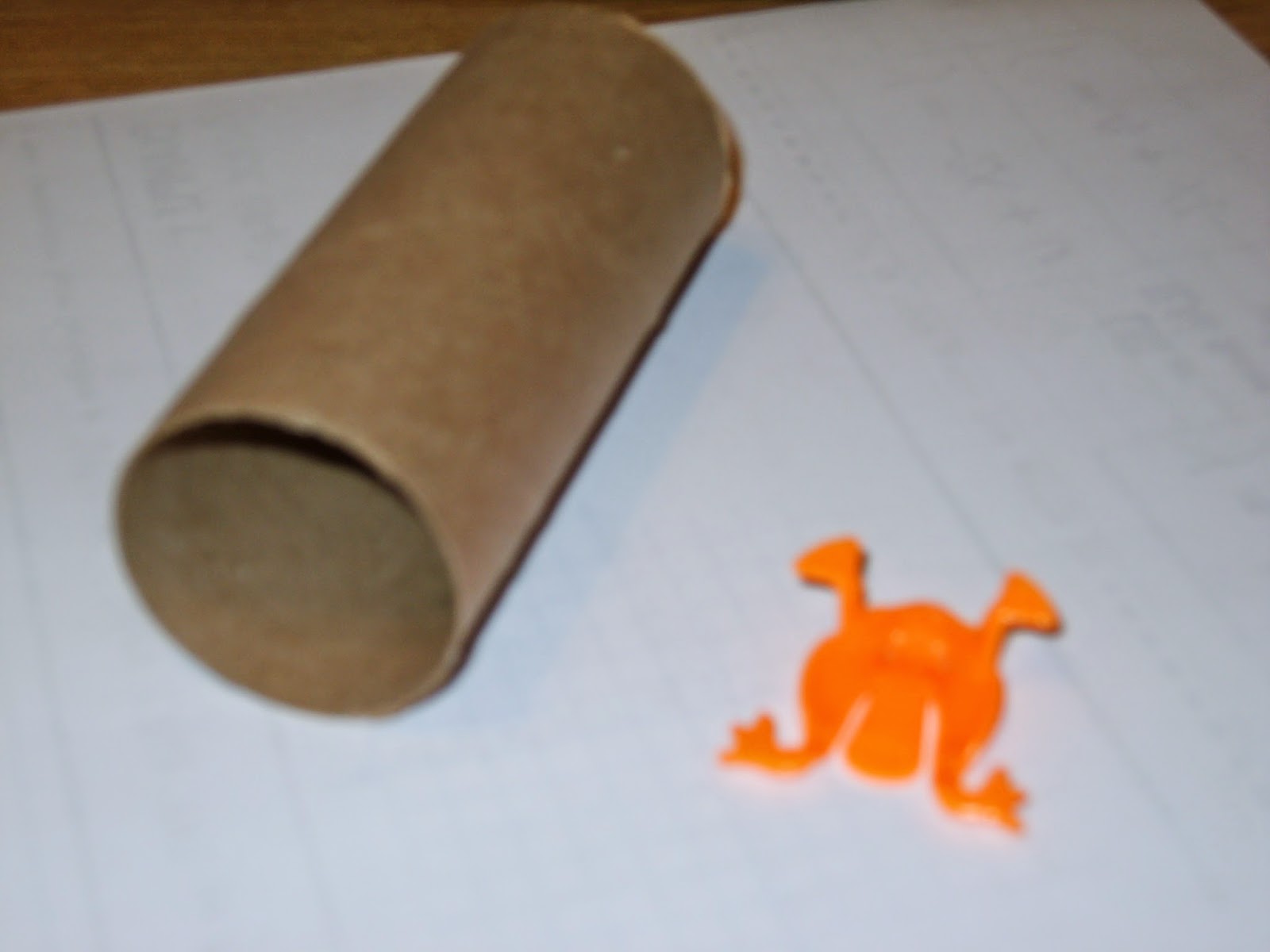 What I noticed was that sometimes, he didn't make it over the log. 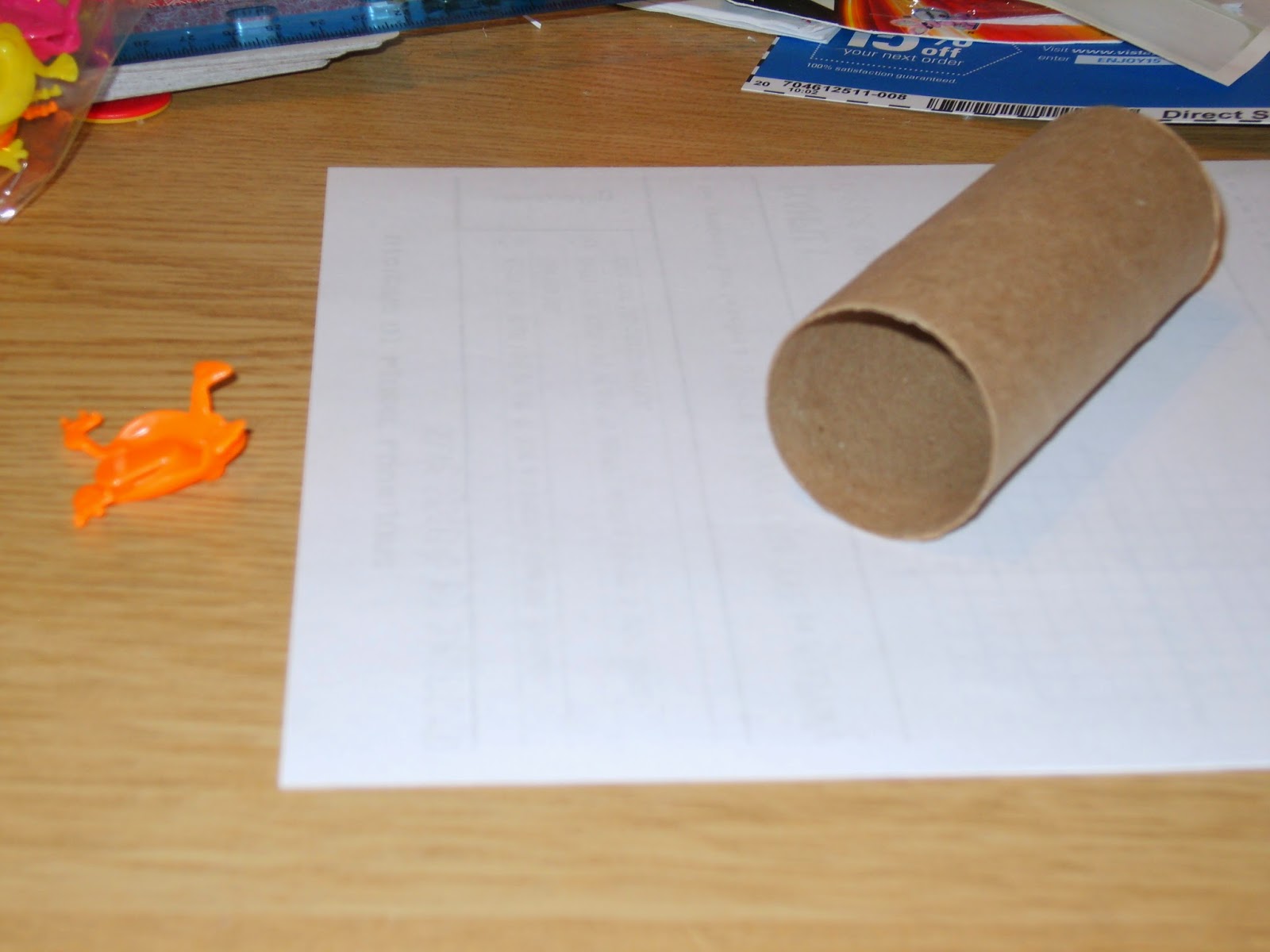 Yet, other times he would make it. 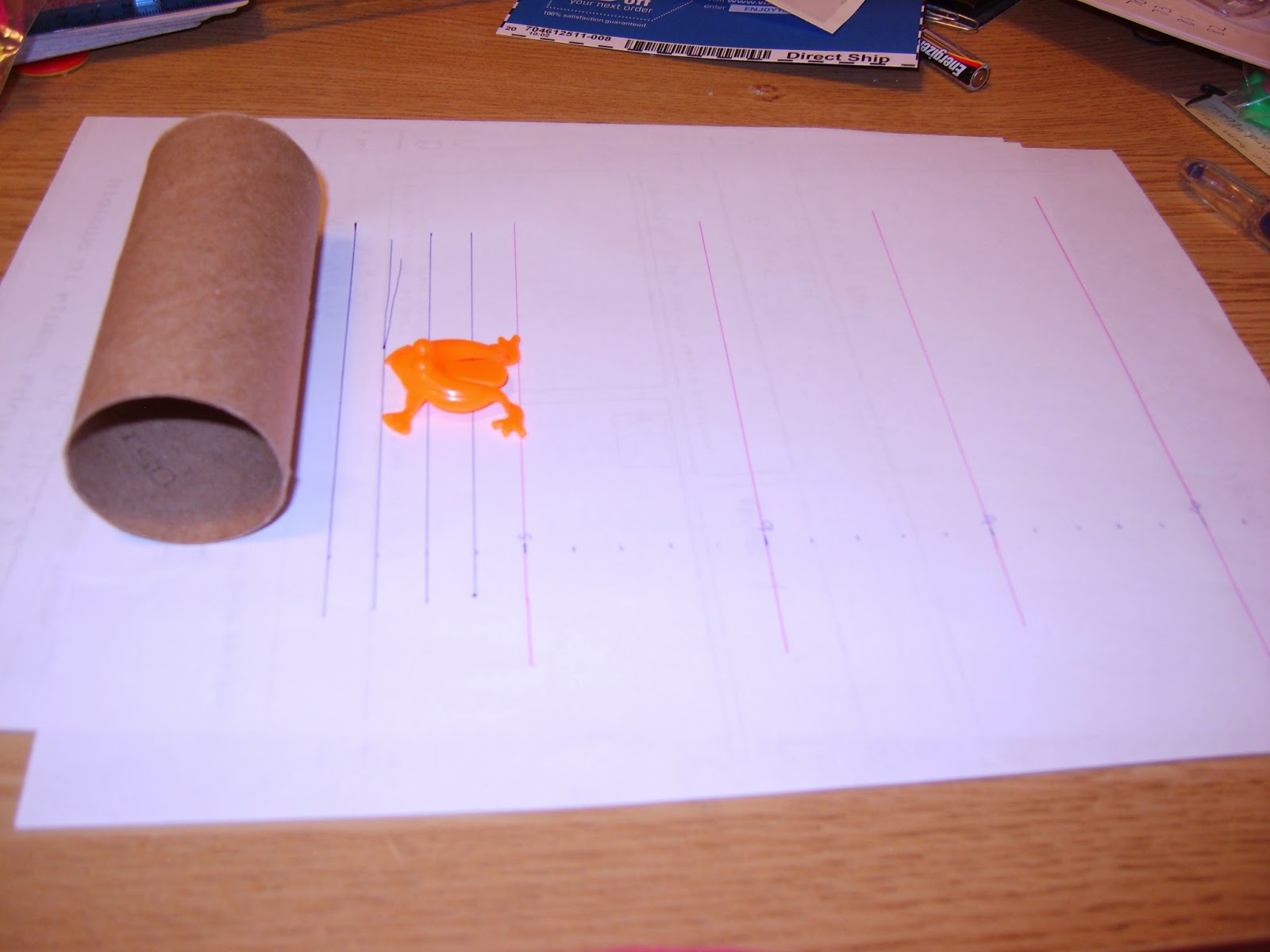 Well, that led to another experiment.  I made a little "football" style field.  I marked lines at 1cm intervals and tried to find some answers to my questions, but I was left unsatisfied.

I feel like my students could determine a distance where it is improbable that the frog will make it over the log and where it was almost certain.  I'm not sure that the data in between those points can be determined as easily without quite a bit of experimentation and data collection.  There is nothing wrong with doing that, but I am wondering if it is an activity that will be valuable for the time that it would take.  I was playing for over an hour.  I know that we could do some group collection of data and analyze that.  There would be value in doing noticing and wondering.

I am feeling unsatisfied by the results though, and it bothers me.  Maybe because it seems that there should be a simple answer.  However, maybe I am looking for a simple answer when their isn't one.  There is even the possibility that the experiment doesn't support what I want to know and I need to revise. I'll have to keep thinking.  Data and probability won't be until mid-year.  Plenty of time to develop, modify, or throw out this idea.

If anyone has any thoughts on any of the questions that I posed, I'd be open to hearing your thoughts.  I will be thinking about this some more.  If I develop this farther, I will post what I did and anything that I used to guide the students.