The "Algebra Zoo" goes back to my eighth grade algebra teacher, Mrs. Ryan.  Mrs. Ryan was from Ireland and she had red hair, an Irish accent, and told fabulous stories.  I really liked her because she had silly stories that helped me remember important ideas in math.

Mrs. Ryan asked us one day, "What is a zoo like?" and we said the normal things like a lion, bear, giraffe, cages, animal shows, etc.  She then asked "What animals are put in each cage?"  She then went on to ask something like, "Why wouldn't you put the lions and gazelles together?" and the obvious answer was that the lion would kill the gazelle.

Mrs Ryan used her metaphor to explain that trying to combine 4x and 5y was like putting the lions and gazelles together.  It would never work and wouldn't end pleasantly.  They were different creatures and they couldn't live peacefully together in the same cage.

She did stress that x and 5x were the same creature, but they looked different.  They were special and lived peacefully in the same cage.


That idea has stuck with me since 8th grade and I have told that story, or at least some version of it, to many students.  I have only been having students make pictures that we display as a reminder for the past few years.  It is silly but it really does help some students.

When I give this assignment, I ask the students to be creative.  I ask them to try and make their animals look like the variable they represent.  I expect that it is colored and neatly finished. 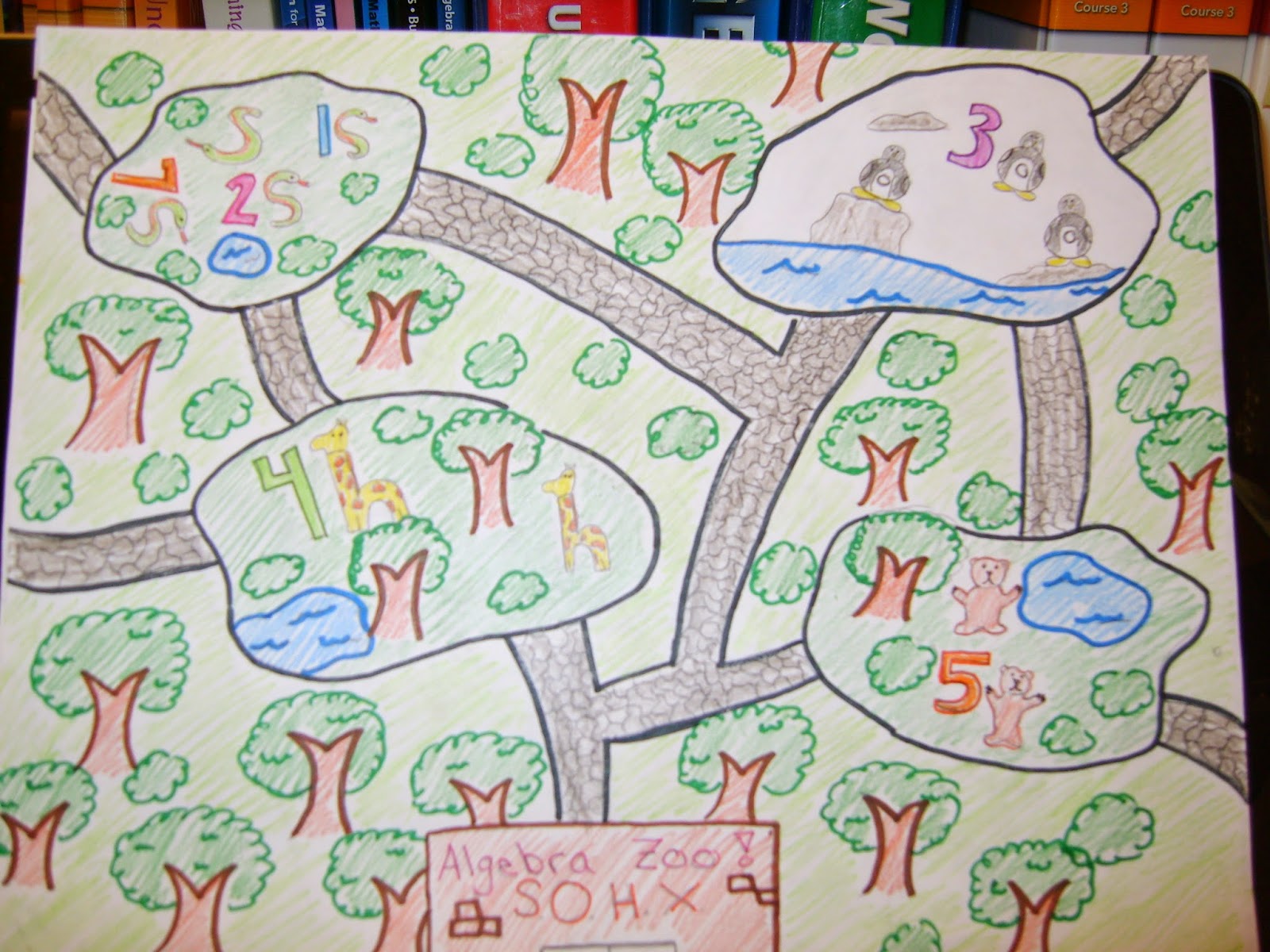 I also tell them that although x and x^2 look the similar, they are not the same creature and cannot be in the same cage together.  It is always interesting to see what they can come up with in their pictures.

I will admit that this is cutesy, but sometimes, cutesy just works! :)
Posted by Chris at 8:34 PM