The first foldable for next fall has been made!  The first lesson that I teach in my algebra text is on sets and real numbers.  When I think about classifying real numbers I always get the image of nesting cups that you used to be able to buy for toddlers.  I wanted to somehow bring that idea to the foldable that we made for this part of the lesson.

Now, I have seen the traditional Venn diagram of the sets.  My problem with it is that I have noticed that my kiddos have trouble picturing the sets of numbers and being within each other.  They often forget that 7 is an real number, rational number, integer, whole number, and natural number.  They will usually just say that it is a whole number.  I wanted them to see that whole numbers contain the set of natural numbers in a way that was different from the traditional diagram.  So I started by folding a piece of paper in half and putting real numbers on the outside of it. When the students open the foldable they see that real numbers contain the set of rational and irrational numbers. 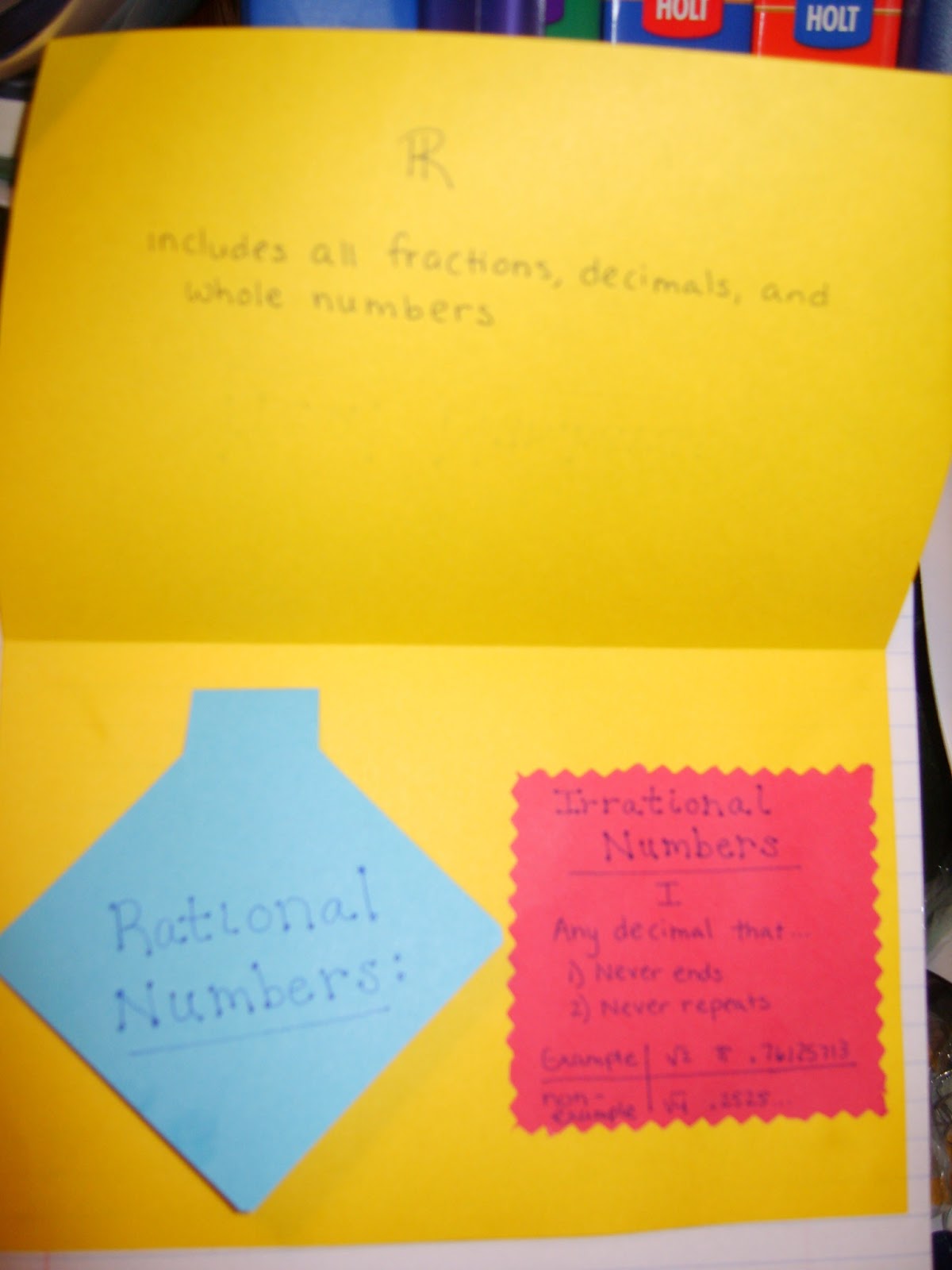 Now I realize that not all of the sets show up at once.  That is what I am going for.  Rational numbers have many subsets.  So to show that rational numbers hold the integers, the students have to lift the flap. 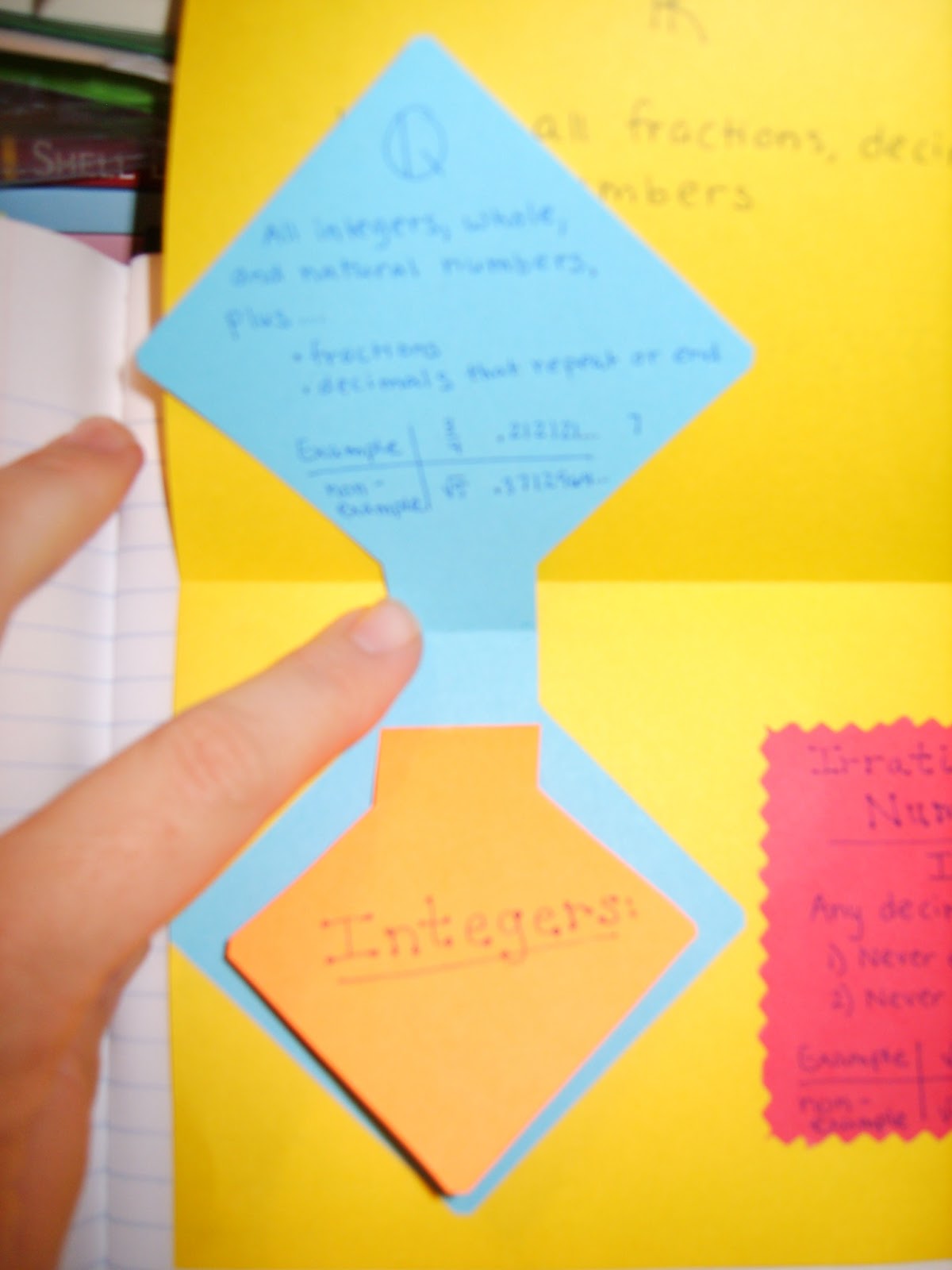 Continue opening the flaps and you will see all of the subsets appear.  In each flap, I have the definition of the set, examples of what is included, and non-examples to try and help the classification process happen smoother. 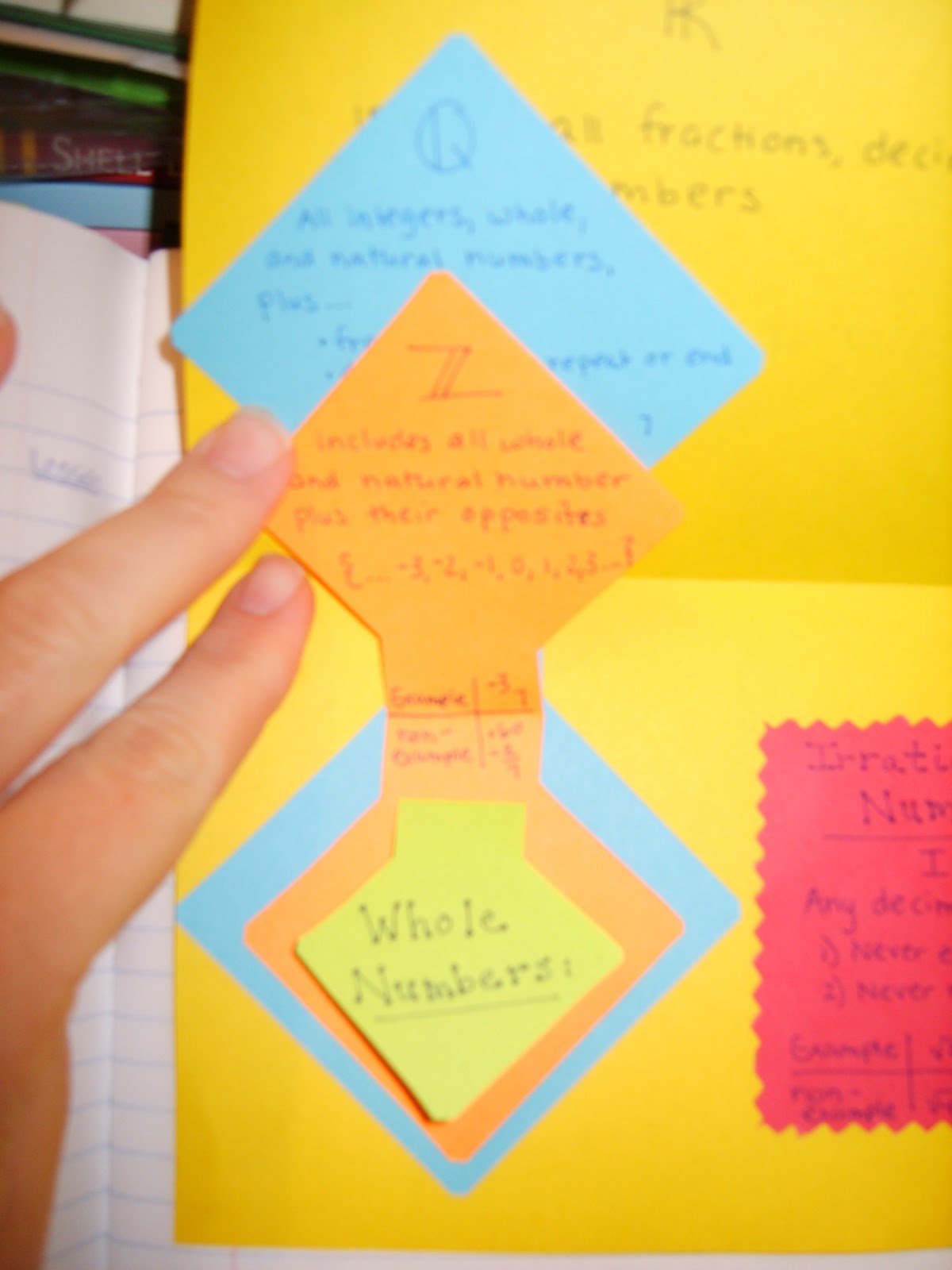 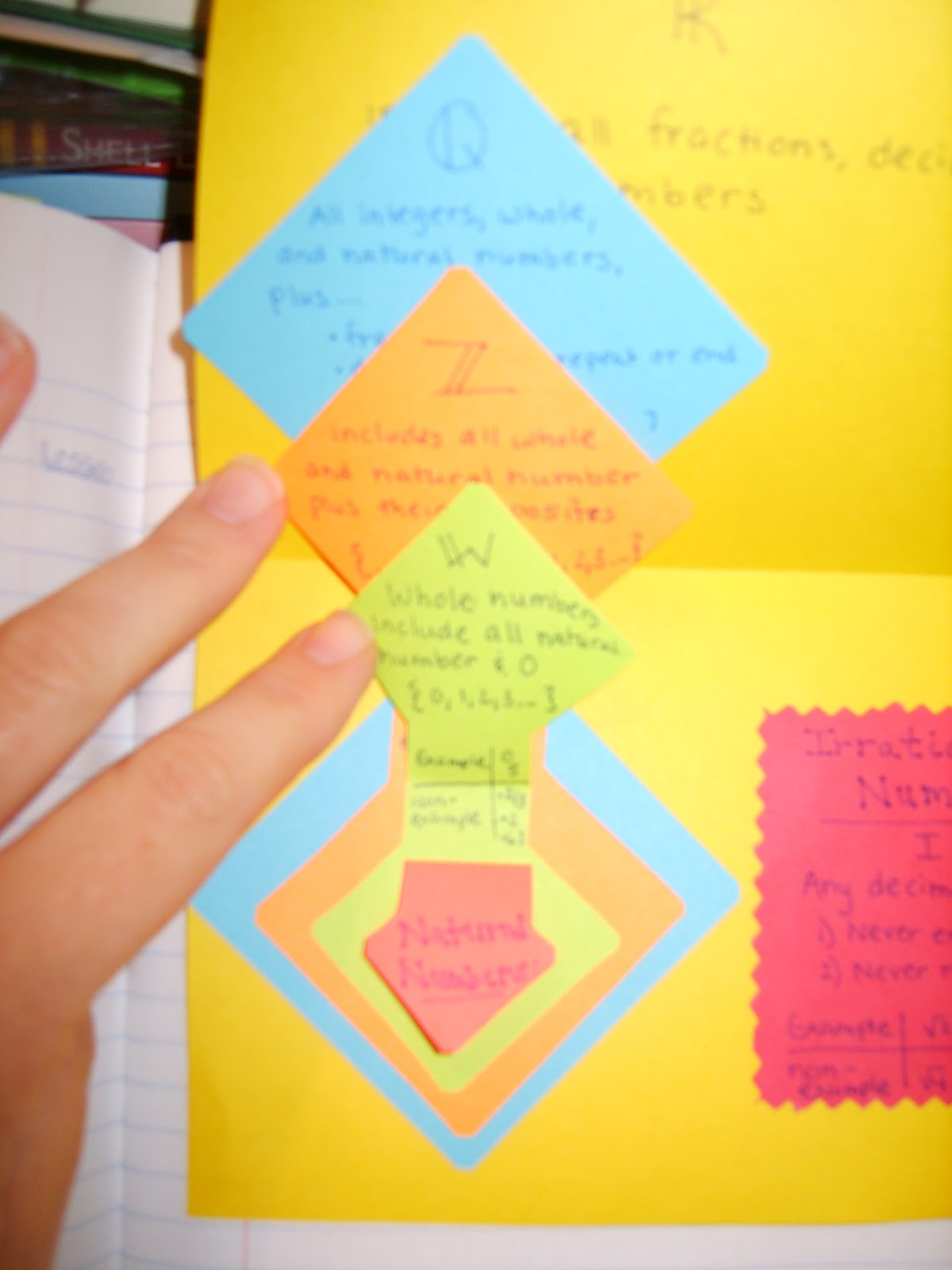 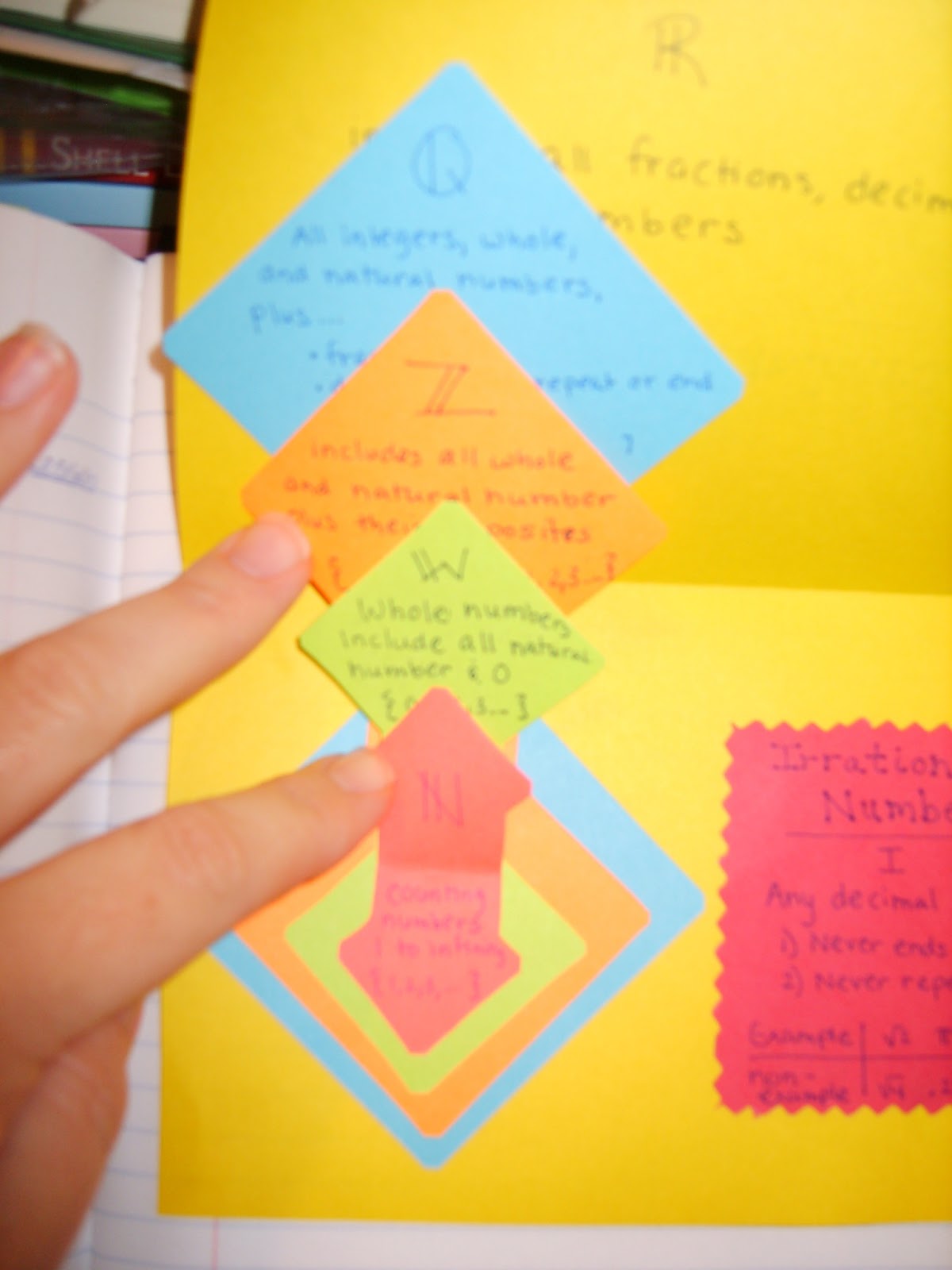 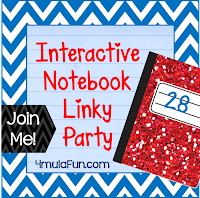 I added this post to the Interactive Linky Party at 4mulaFun.com (http://www.4mulafun.com/).  Go and check it out for some other great ideas related to INB!

(8-10-14) I was going through Pinterest and I came across this slideshare at http://www.slideshare.net/ProfessaX06/real-number-system-foldable-5151675.  In it, there is a foldable very similar to the one that I created.  I must have seen this at some point and have forgotten when I made my version of it above.  My apologies to the authors below for using their idea and not giving them proper credit. 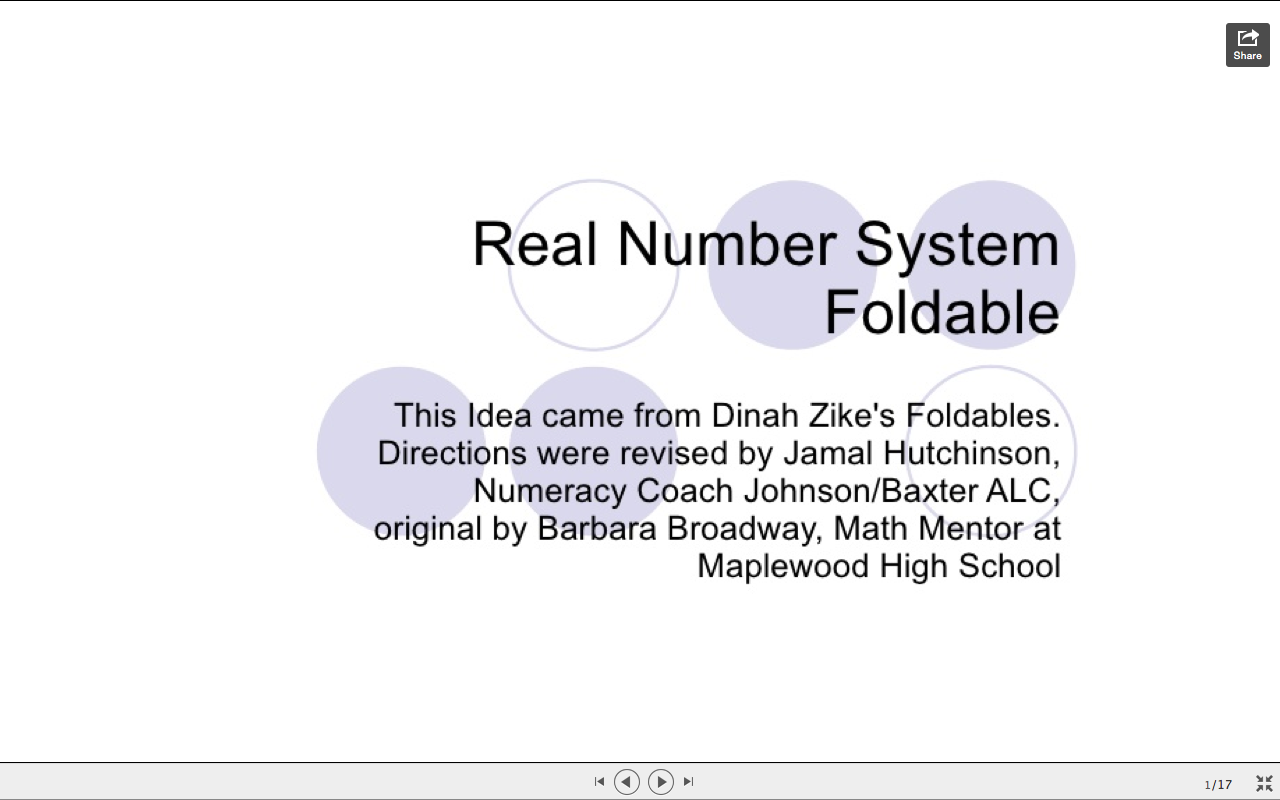