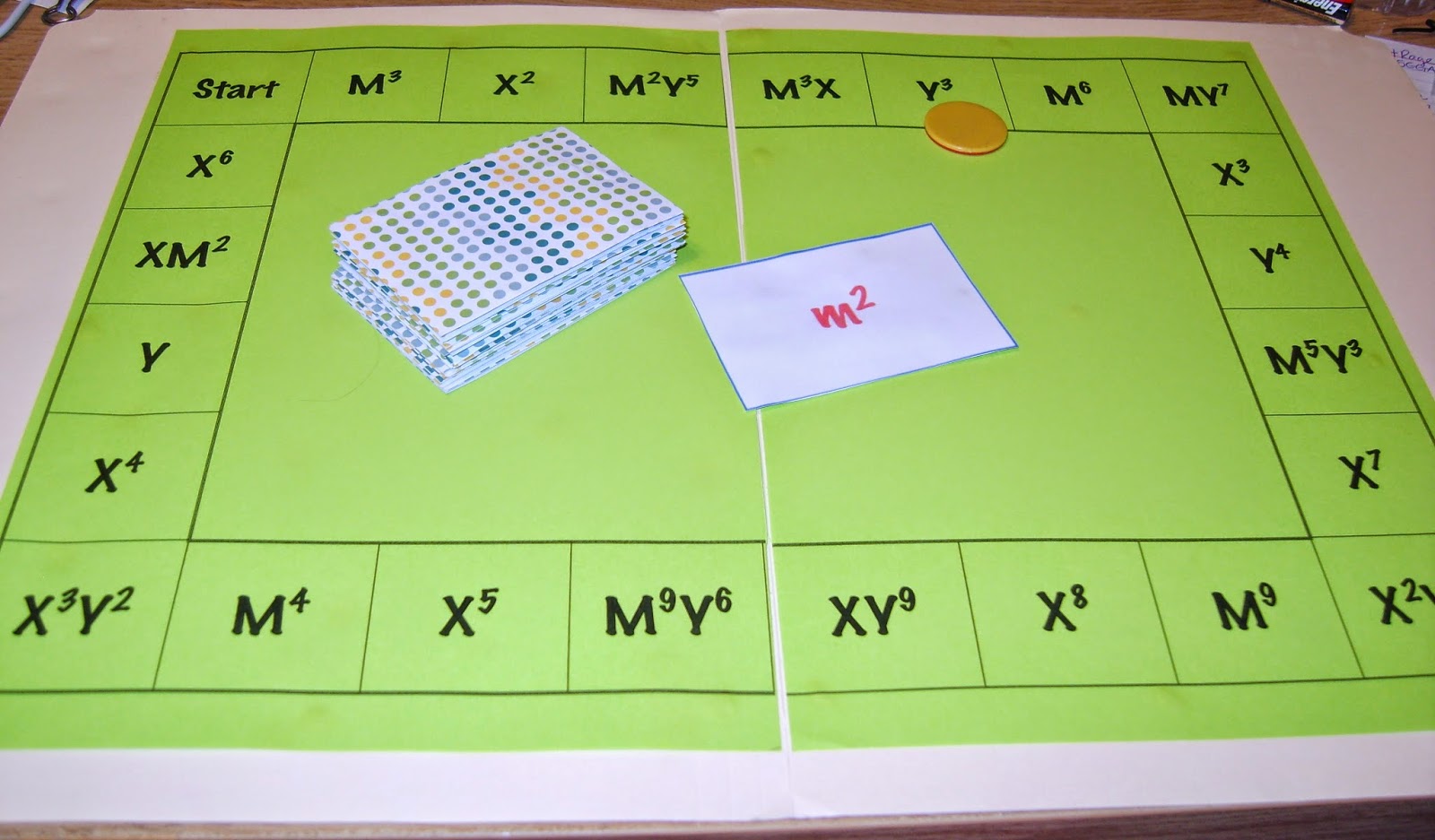 I wanted to practice the Product Rule of Exponents Property.  My algebra kiddos worked on this last year in pre-algebra, but I am pretty sure that they will be a bit rusty.  The game that I developed is super simple, but it reviews the property.

The game board is a basic square design and the first person to return to the start square is the winner.  The students roll a die and move the number of spaces indicated on the die.  Then, they pick a card and using the expression on the game board, multiply the two expressions together.  If the student is correct and his/her peers agree, then the student may take one extra turn.  If incorrect, another student takes their turn.

I recycled some old file folders by putting the game board into them.  It fit really well.  I then put the directions for playing the game on the front cover and snipped the corner that had the label.  The final task will be to laminate the entire folder for durability.  I am going to keep the cards separate from the boards in their own snack sized bags.  I thought about duct taping them to the back of the folder, but I thought they would stack better without the bag of cards on the back of it. 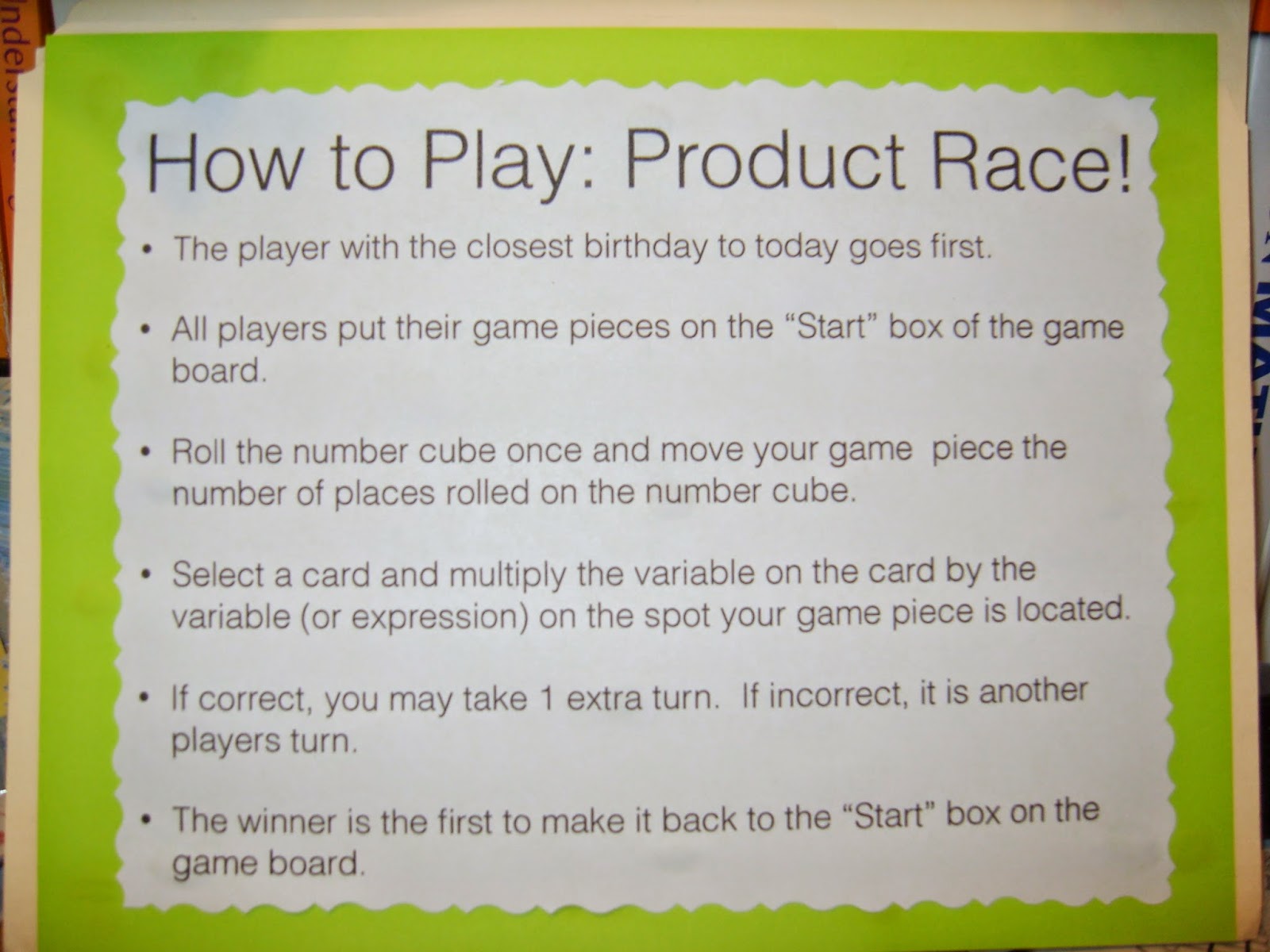 I have kept the rules pretty basic because I find that the students have great ideas for rules of games and ways to make it harder (and easier) to win.  I also had a thought to make this a team game.  Two students will work together to multiply the expressions, write down their final answer, and show it to the other team.  The other team would also work the problem and show it to the other team.  If it matched, both teams could move an extra space.  If it wasn't a match, then the team that was correct, would get to move an extra space and the incorrect team has to move back one space.  A little more competition might be helpful to keeping interest.

The game board, directions, and cards are below if anyone would like them.  I don't like that the word formatting changed all of the letters to capitals, but until I can figure out how to fix it, it will have to do.

** Update: Much thanks to Kayla who told be how to fix the letters.  It was so simple!  I should have figured it out.  Nonetheless, I appreciate the assistance!