Classifying Real Numbers is a Cakewalk?

I was totally inspired by a conversation I was having with my dad last Saturday.  We were talking about a local grocery store chain's 45th anniversary celebration.  One of the many events that they were having was a cake walk.  Numbers were placed around the store and an announcement was made that the cake walk would be beginning and if you were near a number to please go and stand on it.  Then a number was called and whoever was standing on that number won a cake.  I thought it was a really cute gimmick.

In the conversation, I was telling my dad that they should make it more of a challenge to win.  They should announce something like, "If you are standing on an irrational number and know why it is irrational, you win!"  or "If your number is a natural number, you win!"  My dad just laughed at me and told me "I'm such a math teacher."  But, I really started thinking about it.  What a fun way to review and move while doing it!  So after some thought, I came up with a way to modify the traditional cake walk and have a fun review game too!

I first of all made the traditional numbers for people to walk around and stand by when the music stops.  Since space is limited, I am going to have the kiddos clear their desks and put the paper plates on top of them.  Then they will walk around the desks until the music stops.  Whatever desk they are in front of is their number. 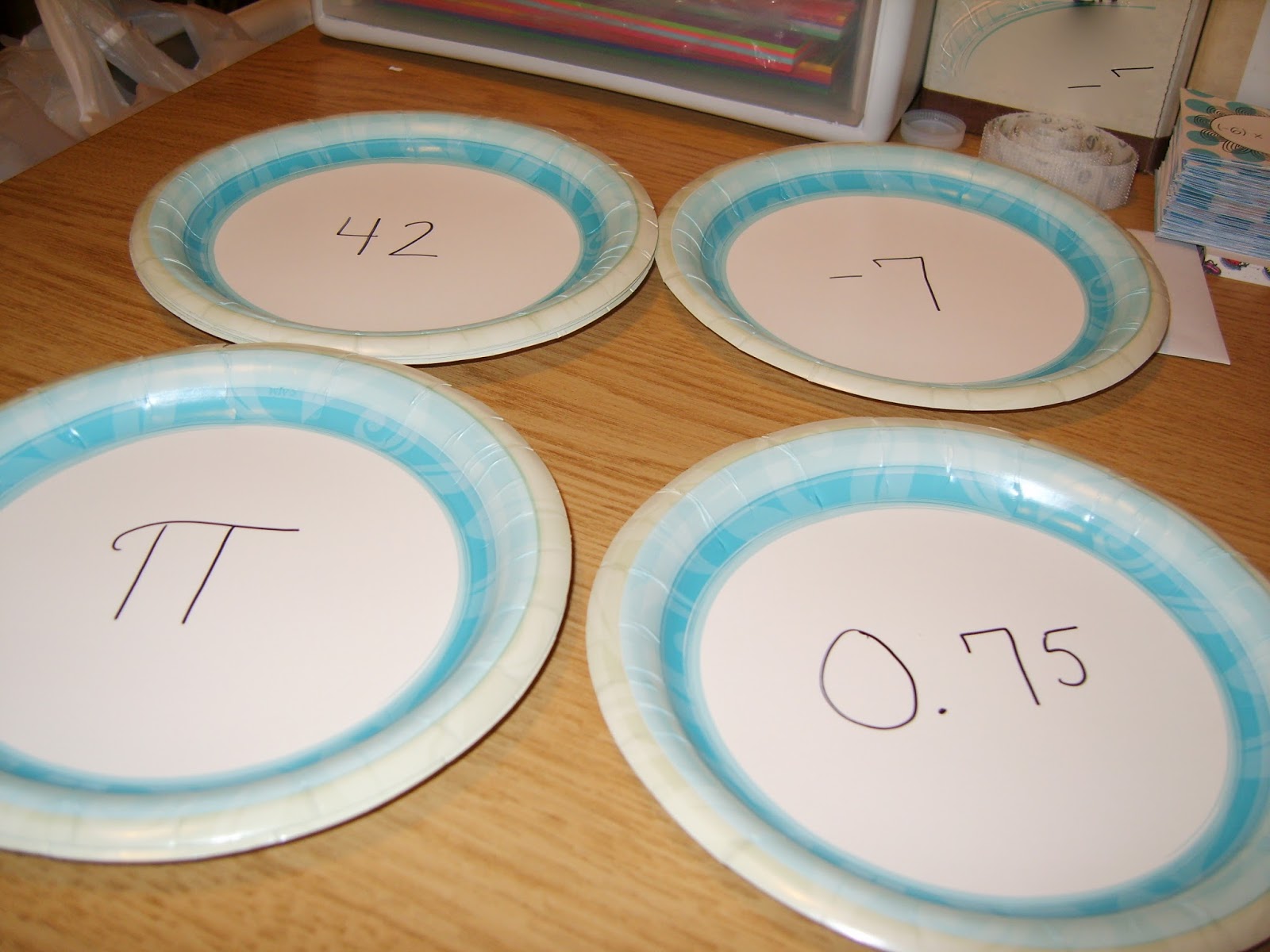 Next, I made numbers to pull out of a bucket that matched those on the paper plates.  With each number, I have a question that the student must answer.  I've embedded the questions as a Word document, so it can be edited.


If the student answers it correctly, they can choose a "cupcake" from the board and win a prize.  I am going to give coupons for bonus points, sitting by a friend, no homework, etc.  I did a Google search for free clip art and cupcakes and found some cute ones!  I enlarged them on my computer, printed, and cut them out.  I then glued them to the backside of a paper plate.  I am going to just stand them along my chalk ledge.  When the cupcake is chosen, I'll flip it over. 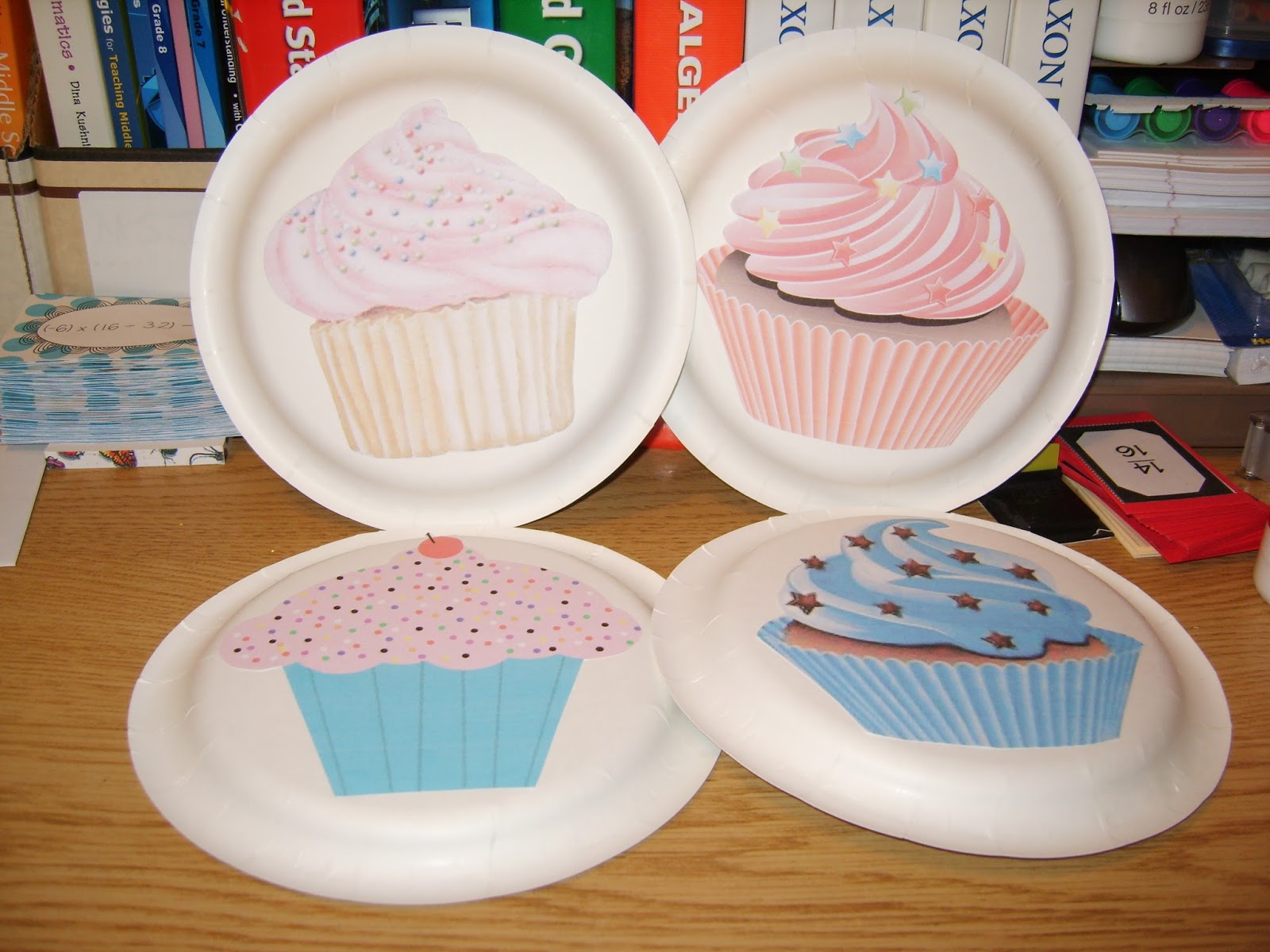 Also, there are only 12 cupcakes.  Not everyone wins at this game and I know some kiddos will be disappointed.  My reason for this is to make it easier to just draw another number if the student is wrong or doesn't know.  I don't like having to chose another student when prizes are involved.

I want to use the cupcakes for other review games.  So I decided to make my coupons have the cupcake that was chosen on it.  Here is a picture of what I've done. 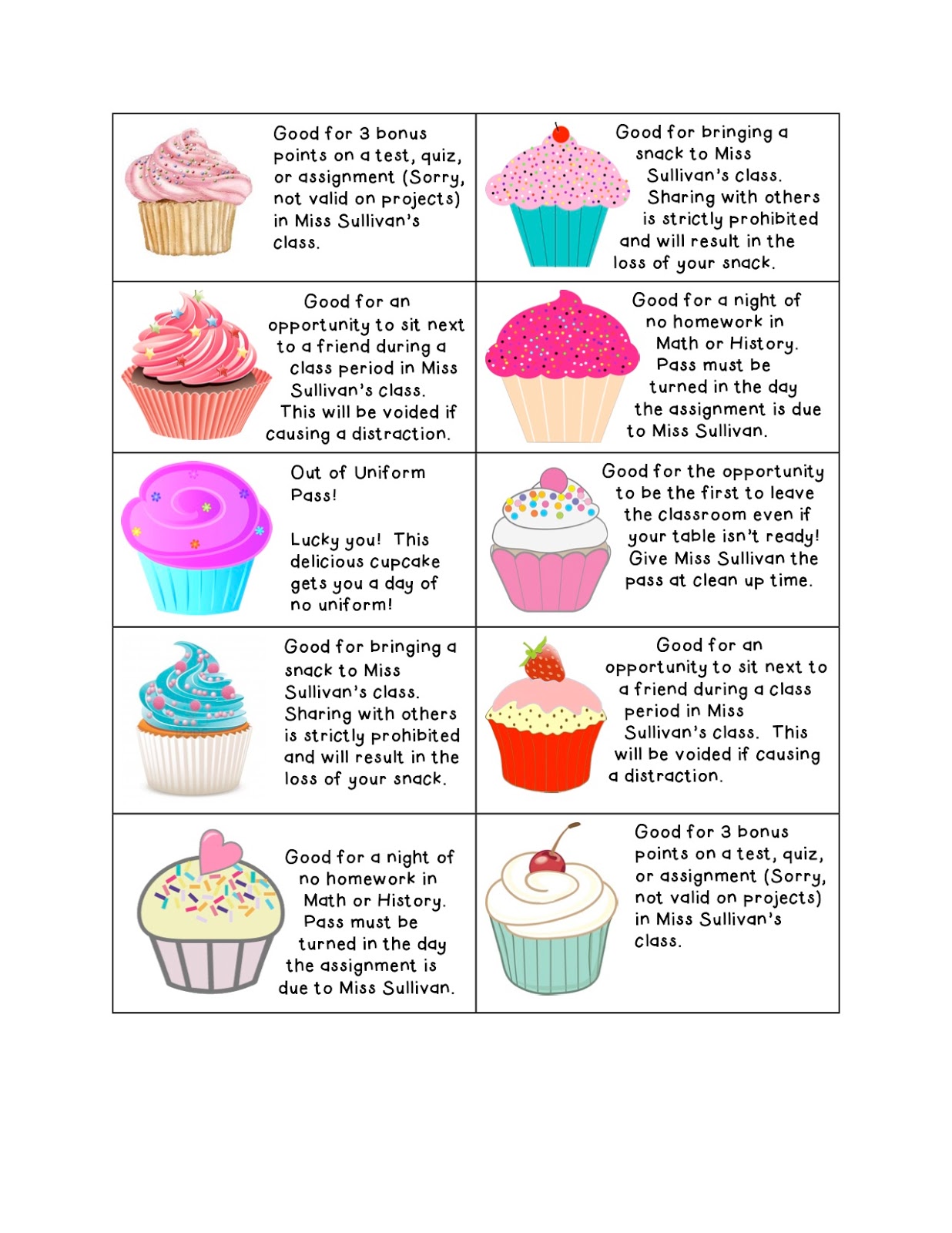 I'll update after I try it with my 8th grade Algebra students.  I think they will have a blast!

Update:
I did this activity with my Algebra class on Friday and we played for about 20 minutes.  I think that we could have gone longer, but I had other things to accomplish in the class period as well.  So, yes, I had to be the mean teacher and stop the fun. :(

It was totally engaging and they were starting to think about where they wanted to be when the music stopped.  There was more than just fun happening.  I enjoyed watching them play and I started thinking about how more of them could play at once.  One thing that I though of was to pull two or three numbers and have some type of face off.  Maybe there could be red and blue numbers.  The teams could get points for correctly answering but they still have to change places between rounds.  I'm just brainstorming right now.  I just know that I was pleased with the activity and engagement.
Posted by Chris at 6:44 PM