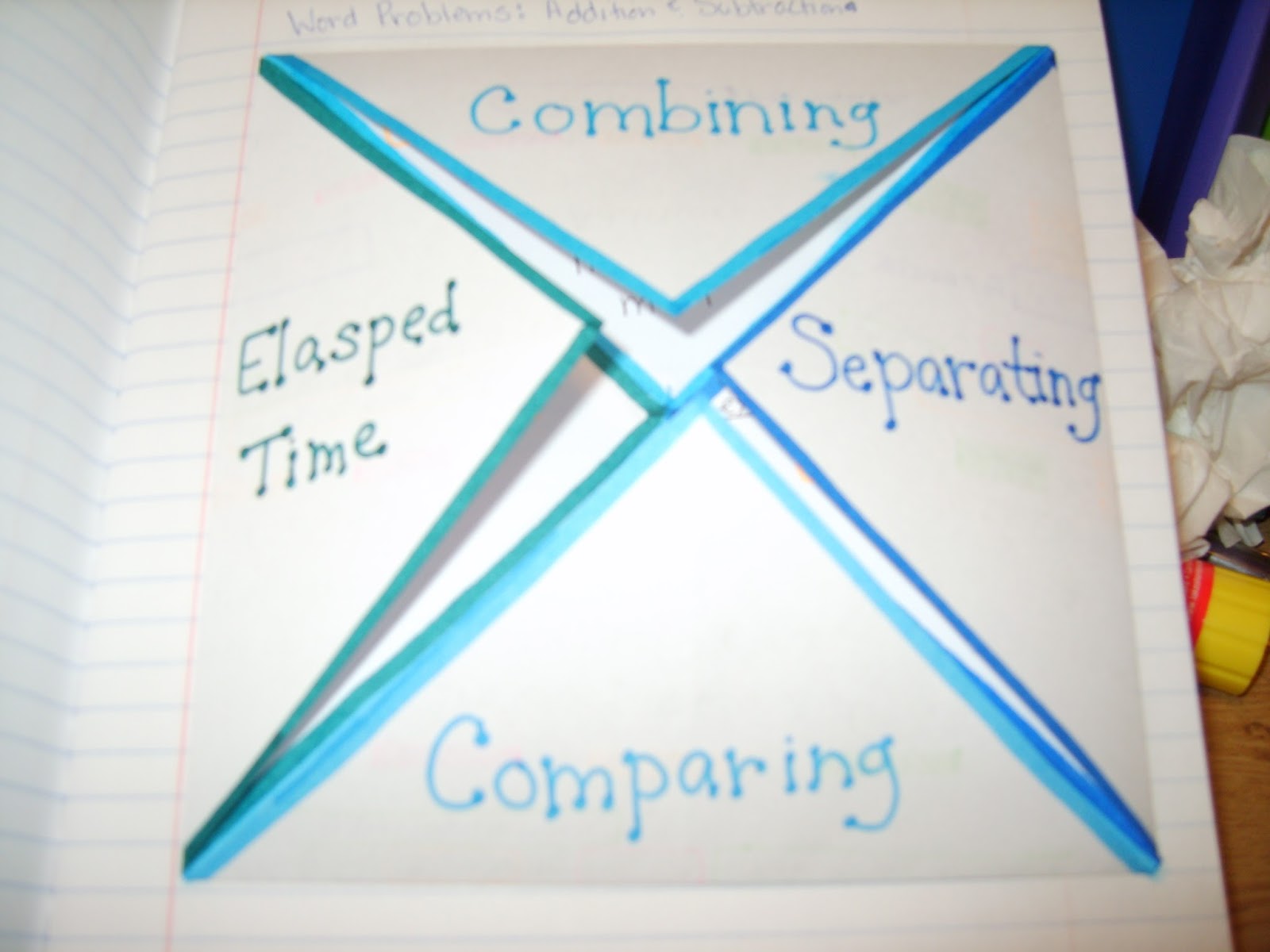 This foldable is very specific to lesson 3 of Saxon, Course 3.  I wanted something this year that was more concrete and organized than what I did last year.  Classifying the problems comes up a lot it feels like during the beginning lessons of the book.  So I felt that it was important that the kiddos have something simple and straight forward to refer back to when needed.  I started with a square and folded the corners into the center.  I found it helpful to fold the square along it's vertical and horizontal lines of symmetry so that I could get the corners to match in the center better.  A little color and labeling and the outside was completed. 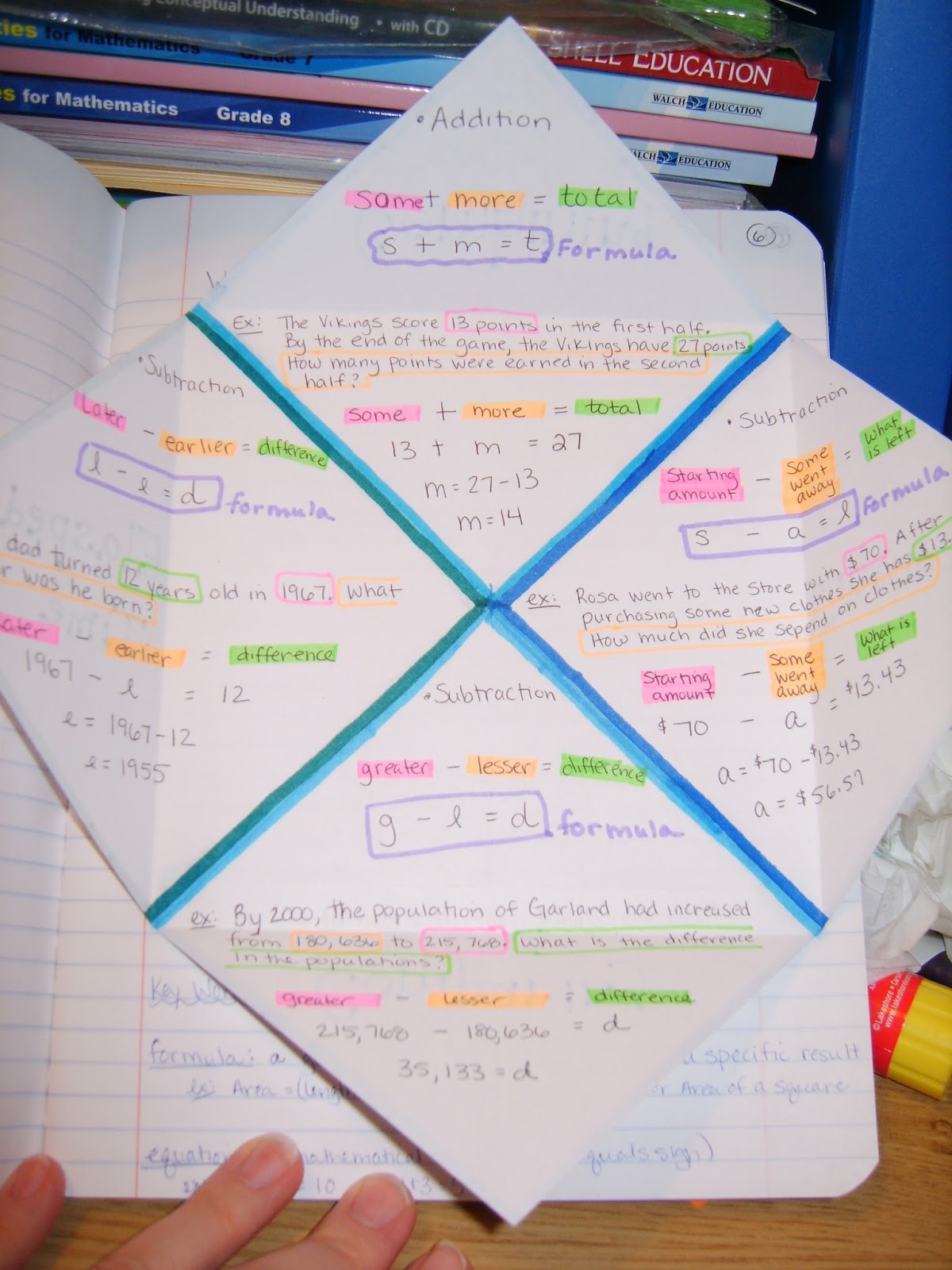 The inside is all organized the same.  I said if this classification was for addition or subtraction word problems, wrote the equations in words the same way the book did, and wrote the formula.  Then I made up an example similar to the book's example and solved it.  I also color coded the parts of the equation.

I consistently used the same colors.  I am torn about that because the colors don't stand for the same thing each time.  It is just about position in the problem.  I don't want them just memorizing the position of the numbers in the problem and I am wondering if that will happen.  We'll see what happens when I teach it.