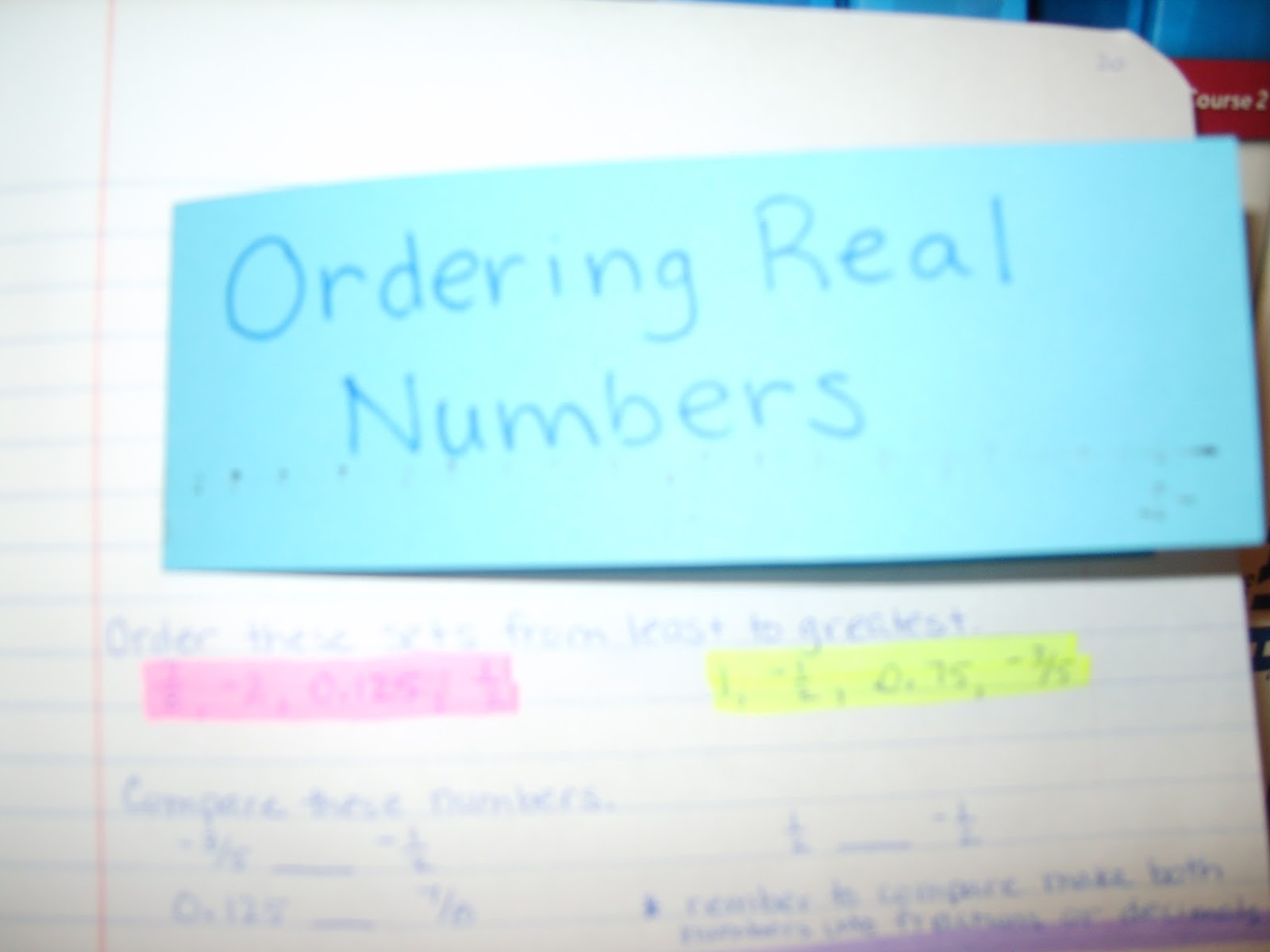 For the lesson that reviews ordering and comparing real numbers, I was thinking that it would be a good idea to make a number line and do some ordering of real numbers.  I wanted something that would be compact and fit into the ISN.

I thought about using a piece of paper folded in half because I liked the idea that zero would be on the fold and in the middle of the line.  From there it was just a matter of putting positive and negative numbers on the number line.  I also added tick marks for every tenth.  I thought that this would help to place the numbers more accurately. 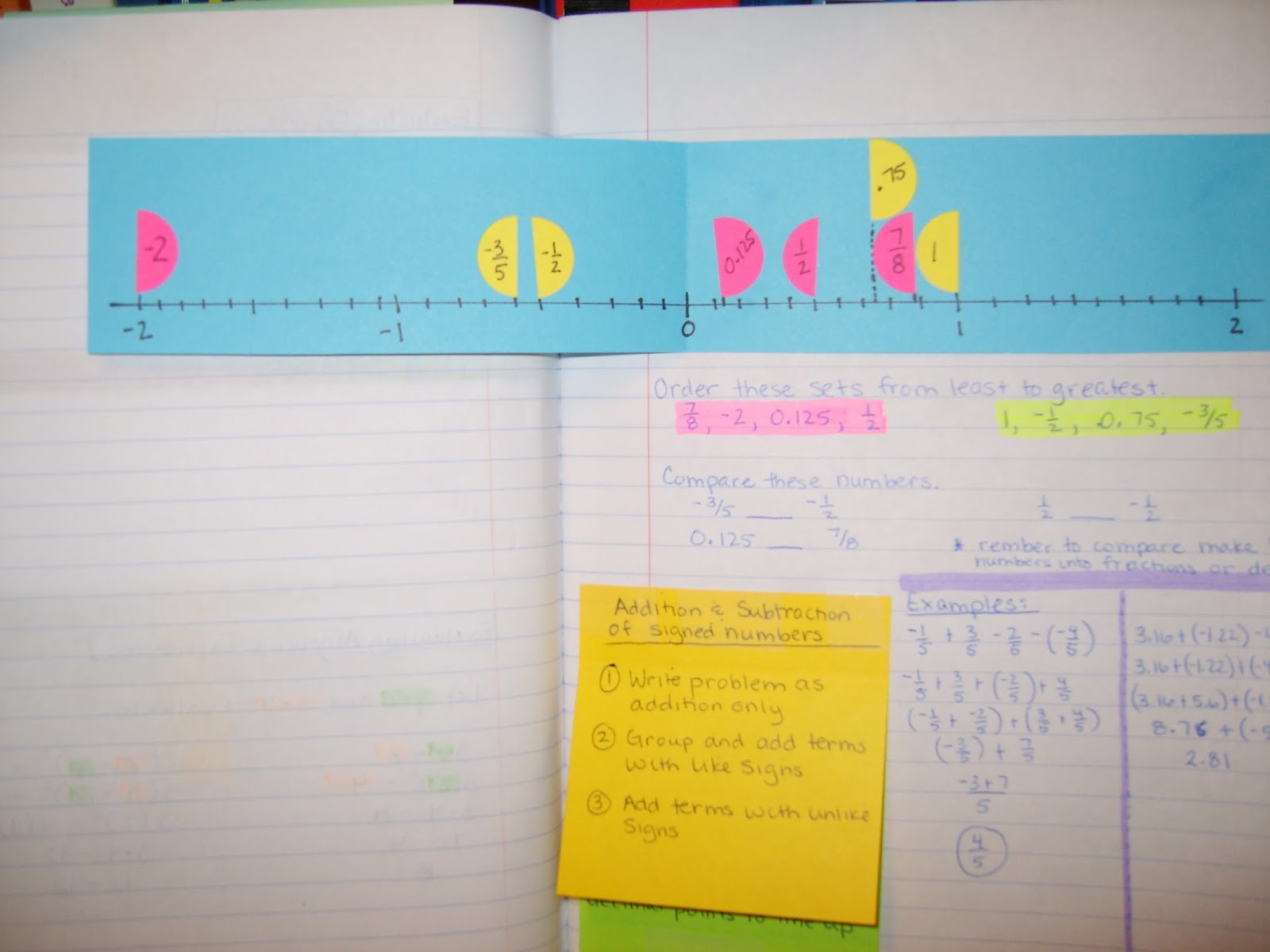 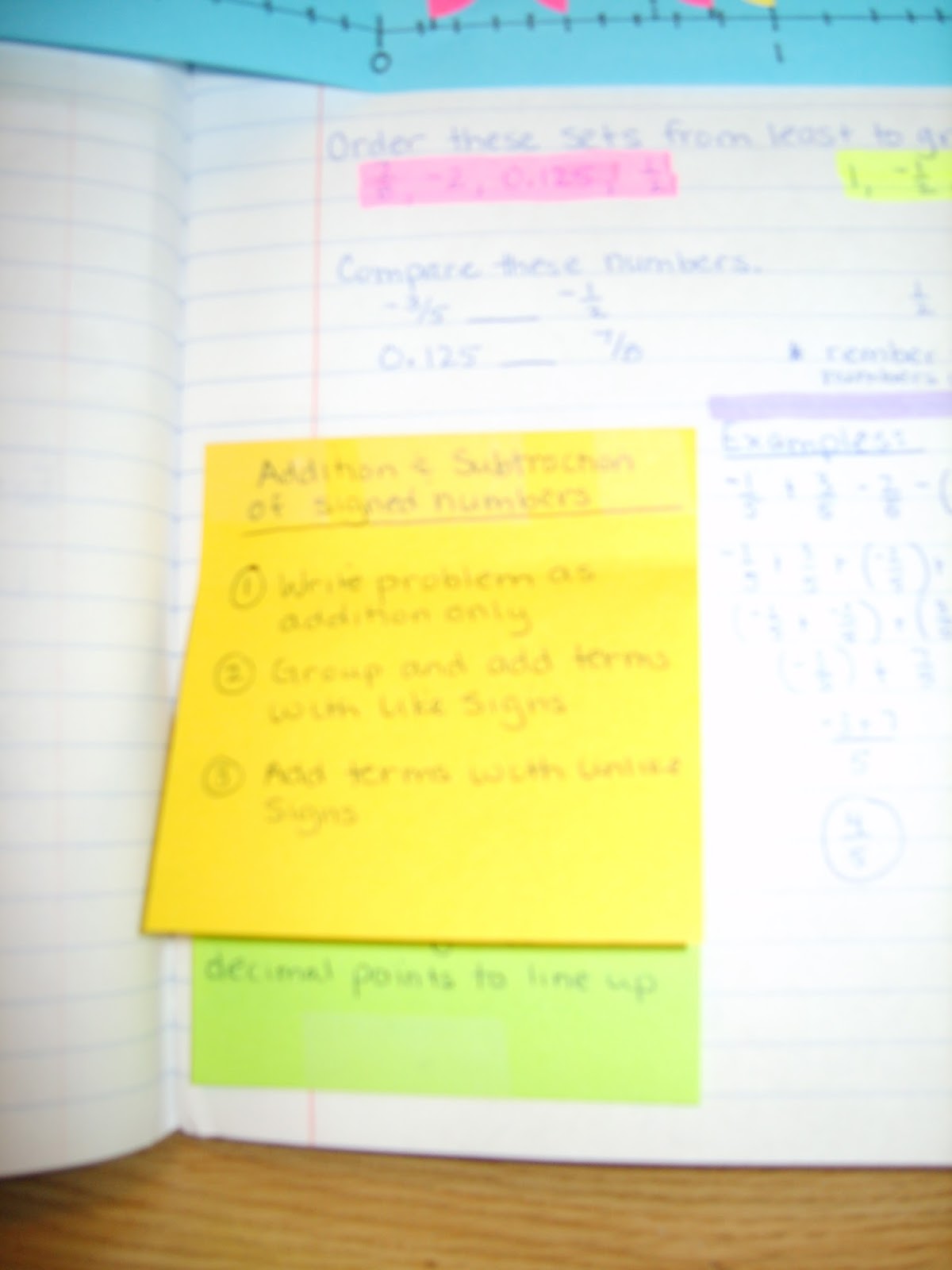 I have been finding a lot of uses for sticky notes in the ISNs that I am trying to put together for the students.  (I hope I'm not alone in saying that I use sticky notes for everything and could probably join a 12 step program if one existed.)  I have been using them to highlight steps in procedures and to save space by layering ideas similar to the picture at the left.  Does anyone have other ways that they use sticky notes in their ISNs?
Posted by Chris at 5:53 PM