I have never been able to find a way to quickly organize small groups and assign roles.  I have done the normal tricks of counting off and the closets birthday to _____ is the recorder.  Although it has worked fine, I just always felt like I could do a better job with it and still have a it be quick and easy.  So as I was looking through blogs and Pinterest, I found some things that I think will work well and tweaked it a bit to fit what I want.

The first thing that I found was was my group roles.  I really liked the roles that Ariane used at The Science Penguin (http://www.thesciencepenguin.com/2013/06/science-lab-teams-freebie.html) and she had a freebie to be printed and used.  I was all ready to take the made for me item when I realized that the clip art was a beaker.  I thought it didn't look like it fit in a math (and social studies) classroom.  Since I wanted roles that could be used for either of the classes that I taught, I had to do a little remixing.  Basically, I kept the roles that she had and some of her descriptions of the roles.  I changed up or added to all but the director.  I added in a spokesperson because that was a role that I really wanted.  I also added clip art that matched the role for my ELL kiddos to use as a clue about what they are to do.  I made a set of group role cards with the job descriptions for each table group in my classroom.  They will be laminated and hole punched to put on a ring for future reference.

The next idea came from Science Gal (http://sciencegal-sciencegal.blogspot.jp/2012/09/setting-expectations-for-group-work.html).  She had a simple way to switch the roles in groups.  She assigned the students a color.  The roles were then kept in a pocket chart and a color square was put next to each role.  Whichever student was assigned that color, did that job.  So simple and easy to do!  I could easily assign roles even if it was at the last minute.  Loved it! 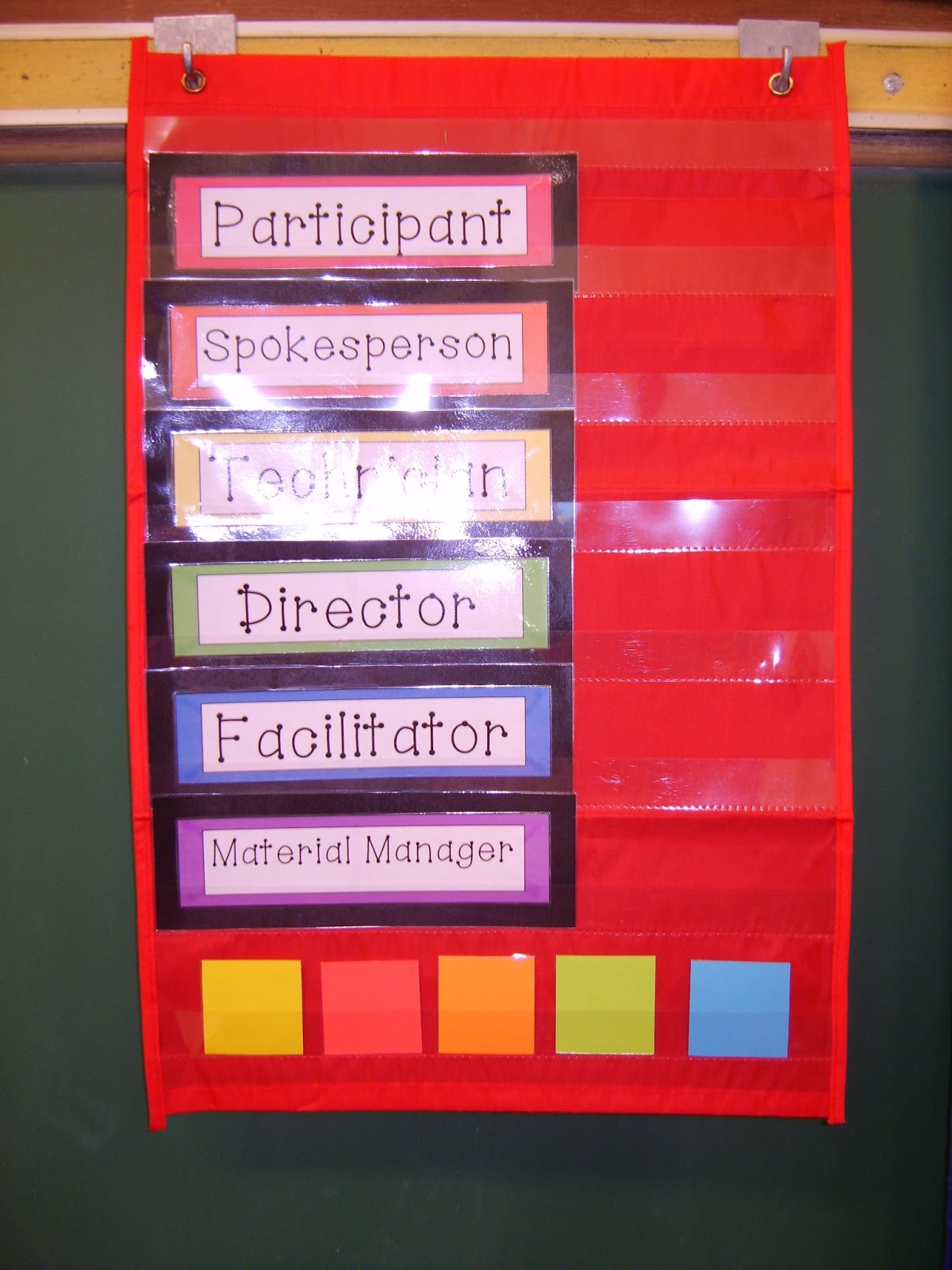 The last thing that I did was make badges for each group with the roles in them.  It will take me a while to learn which kids are assigned which color.  Wearing the badges will let me observe and see how kids handle the role much easier than constantly having to check who has which role.  I am going to present it to my middle school kiddos as something that happens in real life.  You get a job and you wear a badge that identifies you as having that job.  Also, I found the badge holders and clips at Walmart.  It was $1.88 for 12 of the badges or 12 of the clips.  So it wasn't too expensive to put together.  Hoping the kiddos take to them.  I think they will.

I have gotten a few requests for the files to make these role cards.  They are on several files, so there are a lot of "Box" boxes.